We joined the North Devon Biosphere “Pledge for Nature” and were fortunate enough to be given a kestrel nesting box.  Kestrels are listed as 'amber' UK conservation status, meaning that their breeding population is in decline. The numbers have declined significantly across Devon and it is hoped that if there are more nesting boxes in ideal locations then this will reverse,  hence the prize draw for free nesting boxes.

The North Devon Biosphere was the first of 6 to be designated in the UK. (It is one of 668 Reserves in 122 countries designated by UNESCO) . They are working really hard to inspire a positive future by connecting people and nature.

Our deadline was late February for mounting the box (on an undisturbed tree away from woodland) and we have achieved our end of the bargain so now it is up to nature.

The main kestrel nesting season is April – July incl. so we wait, with our silent advert, “WANTED, Kestrel pair to occupy newly constructed ideal home” and will watch from time to time, from a distance, to see if we are sucessful.

I understand from the RSPB website that, if successful, we could expect the female kestrel to lay a clutch of 3-6 eggs in late April or early May. (The female is apparently only able to produce eggs if she can get enough food). Incubation of the eggs takes 27-29 days per egg, which hatch over a period of a few days. The chicks will then require constant brooding for a couple of weeks.

During the entire incubation and booding period, the "ideal" male should provide the female and the chicks with food allowing the female to keep her nest safe. 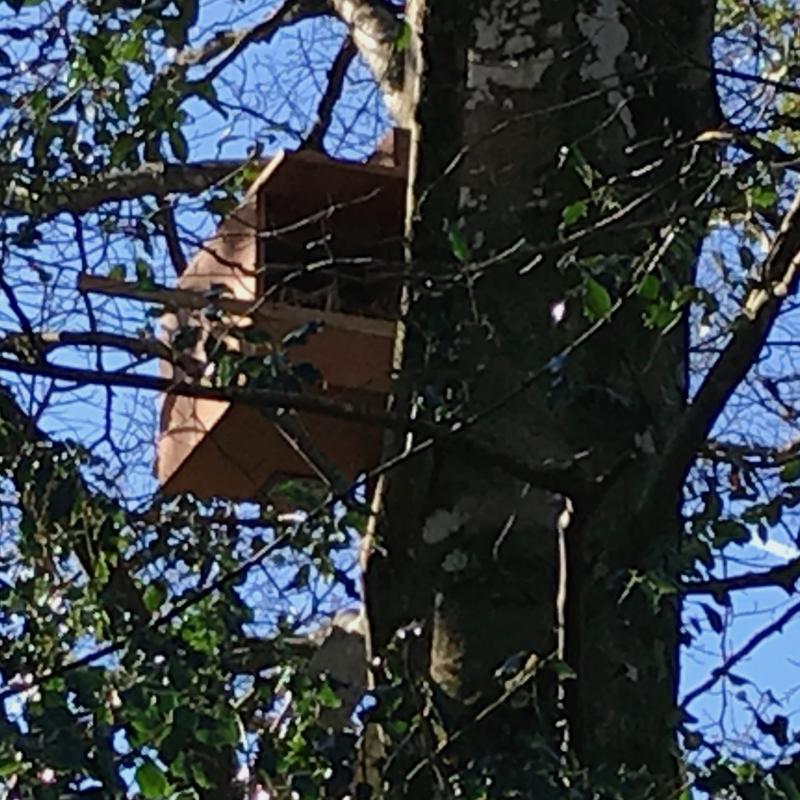